Best advertisement for the referees – in the end, Hanover wins 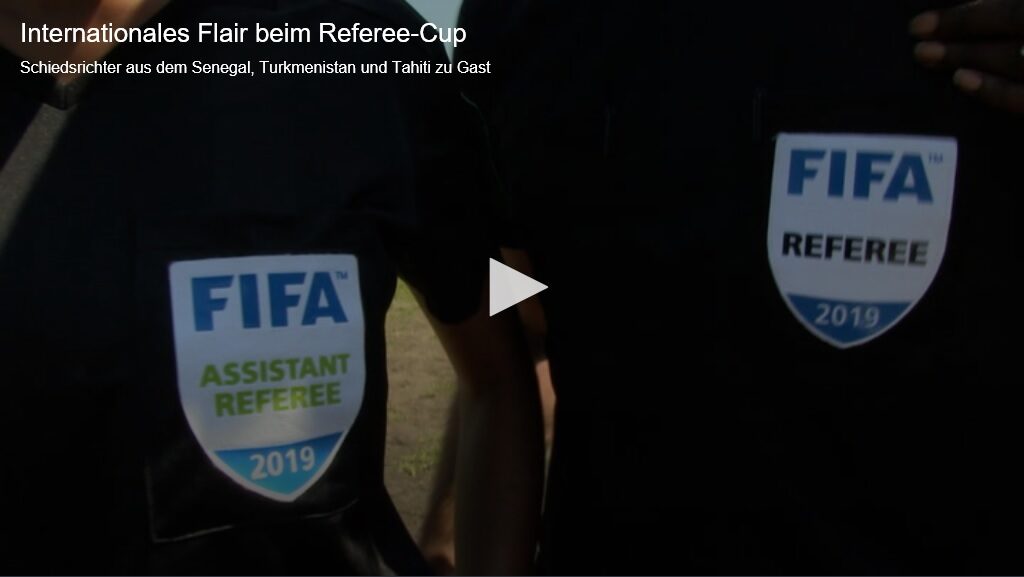 Full house, best weather, a lot of VIP’s, bright faces, fair games – these are some of the superlatives that the 14th Referee Cup of SV Eintracht Lüneburg on June 22nd/23rd had to show.

18 teams ultimately took part, including teams from eight German federal associations and 30 years after their first participation, a team from the Referee Association Lahti (Lahden Erotuomarikerho) from Finland for the twelfth time.

But once again, the organizers managed to get some FIFA referees to officiate the tournament matches as a special highlight:
Adia Cisse (FIFA Referee Assistant Senegal), Charymurat Kurbanov (FIFA Referee Turkmenistan), Kader Zitouni (FIFA Referee Tahiti, most recently 4th official in the final of the U20 World Cup in Poland) and Mapathé Gaye (1st division referee Senegal). The colleagues were looked after by DFB staff member Günther Thielking (Hagen) and by Fatou Gaye (FIFA referee instructor Senegal, 1999 in the USA the first African referee at a women’s World Cup and Olympic participant).

The games were held with a lot of commitment and joy, but also very fair. The joyous celebration on the evening of the first day, at which the club’s host invited the guests to shoot the crossbar, did not detract from the joy of playing on Sunday. In the end, 171 goals were scored – the last goal scored by the Referee Association Hanover for the 1-0 winning goal against the defending champion Referee Association Harburg. Third was a Berlin referee selection by a 3:1 against the Referee Association Duisburg-North. The hosting referees of SV Eintracht Lüneburg took an excellent sixth place.

Organizer Oliver Vogt: “So much positive feedback – you’re looking forward to the 26th and 27th June 2021, for the 15th Referee Cup! It was the hoped-for promotional event for referees with many interested visitors in the Siegfried Körner Stadium. Networking between colleagues from all over the world has also been a great success. I hope that with this event we were able to show the young referees in particular that it is a lot of fun to practice this hobby. At this event, you were finally not alone on the field and exposed to criticism, but you could play football with many like-minded people, exchange experiences and have a lot of fun. Of course, I don’t want to forget to thank all the helpers and sponsors who simply supported this event!”

The SV Eintracht referees had prepared a full program for the arriving FIFA guests: on Thursday before the tournament, first division referee Mapathé Gaye officiated his first international game: the SV Eintracht U15-girls against Teutonia Uelzen (0-0). On Friday, the landscape around Lüneburg had to be explored on a trolley ride with muscle power, on Monday a trip to Hamburg was on the program and on Tuesday it went to the NFV sports school in Barsinghausen. At the end of the day, with outside temperatures of + 36 ° C, sledding was announced in the Snow Dome in Bispingen.